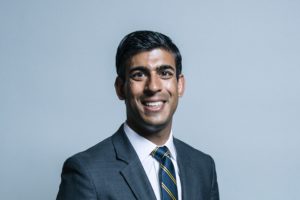 For goodness sake Mr. Sunak, take a wrecking ball to the Stamp Duty Escalator and let the markets fly free at last… the Treasury needs the revenue, retail spending needs the stimulus as does the UK economy

What an absolute shower! Thanks to the latest – most unwanted – Chinese import, which has brought most of the world to its plague-ridden knees, the once-flourishing UK economy is teetering on the edge of a Beachy economic Head and staring into the fiscal abyss.

If I may take you back for a moment, thank goodness for the austerity measures imposed by the previous Tory administration, which resulted in a budget deficit of a low 1.1%, after the spending proliferate Gordon Brown, had ballooned it 10% in his time. Pre- Coronavirus, we were basking in almost full employment, a perfectly affordable national debt of 85% and a growth forecast of circa 1.5% pa. This financial profile would deserve quite a few stars compared to some of the basket cases of the G20 countries.

You wouldn’t believe it from the media caterwauling, but the data below demonstrates that almost every country is worse off (pre-virus) than the UK when the following data is taken into consideration:

One has to admit that the relentless USA economy had a higher growth forecast than the UK, with the exact beneficial total employment figures, but although the Corporate tax giveaways, instigated by Trump two years ago, gave the Capital markets a turbo boost, the US Treasury paid the price for this profligacy with their budget deficit which was at a worryingly high level of 4.6% and this is before the sluice gates were opened.

Only Germany appears to be economically healthy, with the low national debt, full employment and somewhat uniquely, yes, a budget surplus. However, acting like a breezeblock around its ankles, its EU membership has attenuated its growth, which is now a paltry 0.4%. Not much to crow about Frau Merkel.

History may repeat itself

Recent European history may repeat itself, as tragedy now turns to dangerous economic farce. It is clearly evident that, as before, so as to prevent the import of rampant inflation, Germany will selfishly curtail the amount of quantitative easing by the ECB (European Central Bank), as they did after the credit crunch of 2008, no matter what the economic pain that this may inflict on their European partners, as one-size must fit all in the European fiscal straightjacket.

This means that the weaker economies of southern Europe, as usual, will be the fall guys and will have the dubious honour of slipping from recession, into a long siesta of depression. Universities will churn out graduates, post-graduates and professors who will be perfect candidates for taxi drivers. They look at the UK as the land of plenty and a treasure island for opportunities.

The passata-belt, southern Mediterranean’s have only just seen ‘yoof’ employment rise after many years in the doldrums and all these gains will all be reversed, once the fallout from Covid-19 is fully assessed, as it ravages not only lungs, but European economies as well.

A side effect of the crisis has brought some interesting truths to the surface. Witness the asinine antics of the EU and its impotence at dealing with some of the logistical ramifications of this epidemiological scourge. Any concept of EU solidarity is nothing more than another Europhile fantasy, as we see Germany, Italy and France exchange verbal fisticuffs…entente cordiale, in your dreams!

Frankly, we all knew that the façade of the so-called ‘allegiance of European nations‘, witnessed in the recent Brexit negotiations, was more at home in the Parisian Disneyland theme park. It has been an unedifying spectacle to watch the Euro bun fight, whereby ‘every nation acts for themselves’; only the sovereign states such as Germany and France, have taken any measures to assist others i.e. Italy. The incorrigible Europhile, ‘Mr. Micron’ of France, must be clenching his Euro buttocks in frustration, as he sees the European nations closing their borders to protect their populace from marauding, infected migrants, which is an anathema to the Schengen Agreement.

As if we were in any doubt, we may rightfully question the esoteric relevance of the EU parliament. Surely it is glaringly to anyone who breathes, that this EU ‘pseudo solidarity’ is nothing more than a bureaucratic myth? Brussels, my friends, is de facto, a vacuous talking-shop of corrupt, overpaid nonentities and is reminiscent of that other parable of political flatulence and ineptitude – the African Congress – whose past luminaries, Idi Amin and Robert Mugabe, adorn their boardroom walls.

Back at the ranch

Back at the ranch, I can perhaps understand why Matt Hancock and Dominic Raab, are being castigated about the lack of PPE and insufficient viral testing – frankly, whatever the reason may be, the frontline NHS workers, at the very least, deserve better. Nevertheless, respect must be given to the Prime Minister and the new Chancellor, for the speed at which they have implemented the emergency financial measures, to include grants, furloughing of employees and contributions to charities and the self-employed.

Financial commentators seem to converge on predicting a short, deep recession for the UK over the next two quarters, as growth plummets with debt and unemployment rising exponentially.

We will soon see if there is light-at-the-end-of-the-tunnel or whether the light is that of an oncoming express train, but according to the tea leaves of economic mystics, better times could be enjoyed by the economy, next year. Whilst borrowing will remain high for some time, the recently enlarged unemployment rate will start to fall, even if we become a nation of fruit-pickers instead of shopkeepers.

Estimations are that the budget deficit may rise to 10%, a figure more at home in the banana republics of South America, but most citizens of the UK understand the cost, in debt terms, of the emergency measures.

Whilst this is all fine and dandy, where does this leave the residential property market? When sanity returns and the lockdown eases, I believe that some potential buyers will try and compare the steep falls of the stock markets to the values of the residential property market, by asking for a 10% to 15% discount. To respond, I have to say that they are two separate entities. The former has recently scaled unprecedented heights (albeit with a recent correction of approx. 17%), whilst the latter has been languishing for the past 6 years and is down in specific sectors, by up to 40%.

As to my predictions of the effect of the virus on values, it is dependent on whether there is a stock overhang in any sector, where numbers of properties for sale are far greater than the cash buyers to purchase them. This is probably relevant to the market of more than, £10million and I would have thought that a discount of possibly 10% could be appropriate.

In the sector between £1million to £3million, where there is an even balance of buyers and sellers, I don’t believe values will change and this is borne out by two sales that we have agreed today, in the midst of the problems, which were agreed earlier on in the year and went into temporary suspension due to the present financial problems.

It is my view, now that the trend of fatalities from Covid-19 is moving in the right direction and as we move towards an easing of the lockout, sentiments will improve and with it, confidence will return.

We shouldn’t forget that mortgage rates are at an all-time low and this will underpin any concerns about the gyrations of the indebtedness of the UK.

Let us hope and pray that the valuers for mortgagees and other lending institutions are not too conservative with their estimates of value, which could be fuelled more by their desire to protect their professional indemnity policies than to reflect real values in the marketplace.

The lack of recent precedents will frustrate the process as well.

Now, brace yourself, Mr. Sunak, you need to take a long hard look at the draconian levels of the foolishly imposed Stamp Duty rates brought in by the former Chancellor …and MP for the constituency of ‘Embitteredshire’… Mr. Supercilious Osborne.

You need a radical rethink here… transaction numbers are down by 60% and the market above £3million is flowing like sago pudding… before you take a deep intake of breath, no this isn’t designed to grease the path of oligarchs scooping up London property, but if nothing else, to claw back the humongous amounts lost to the Treasury, since these ridiculous measures were imposed in 2014. Let me explain:

Before Osborne’s reforms, the Treasury was happily garnering £13.4billion per annum and the OBR (Office for Budget Responsibility) predicted that this would rise to £19.5billion per annum by 2020. However, like all daft, ill-thought-out Treasury proposals, even before the viral scourge, which has cost them another £5billion, receipts were down to £12.5billion. When you add the lost VAT, PAYE, Corporation Tax from retail spending, you have a very sizeable aggregate sum. Now, you don’t need to be Warren Buffet to work out that this arrangement ain’t working for the Treasury, let alone the property industry, but you need to grow some cojones, in order to implement the corrective measures desperately needed.

In fact, Mr. Sunak could be elevated to super-hero status by reducing the Stamp Duty rate from, say, 12% to 7%, even if this were temporary. We all know this change would be laced with political fallout, but in this crazy time, ignore the howls of protest from the socialistic driven, caustic commentators… as needs must. There are precious few fiscal measures which actually earn the Treasury money today; so, Mr. Chancellor, what are you waiting for?

Immediately after the Election in December, Sunak’s predecessor, Sajid Javid, admitted both in public and in private, that he wanted to do something dramatic about the Stamp Duty rates, so come on Rishi, make that bold move and haul us back from the brink!

Whether you are looking for a family house with plenty of space or something more compact and modern, we can help you find the perfect property for you. Visit our website today and learn more about these amazing homes!