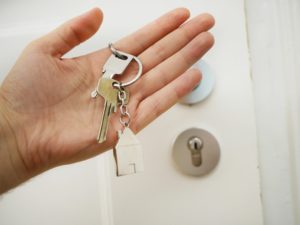 The devastating effects of this planetary curse – Covid-19 – are yet to be fully accounted for. One should never underestimate the devastation and sadness that this epidemiological problem has caused, in most nations of the world.

Therefore it is understandable that the government wants the ‘shutdown’ of movement between citizens, to lessen the surge on the finite NHS resources, which at present are creaking under strain.

When so many family lives are being disrupted, it seems churlish and inappropriate to even consider the Residential Property Market; however, on the other hand, the sun will shine again and after all, ‘an Englishman’s home is his castle’.

Whether we like it or not, the indivisible link between the health and liquidity of the housing market, retail spending and the growth of the consumer-led economy, should be well understood by most politicians and economists.

The former Chancellor Osborne, with his ill-thought-out reforms of the SDLT arrangements, caused a car-crash in slow motion of the Residential Property Market, ever since they were imposed in 2014.

The tax revenues which should have been produced for the Treasury, according to the OBR (Office for Budget Responsibility), have been 50% adrift and the net receipts from this tax are at least a £1billion down from those in 2014.

In some places in the capital, SDLT has distorted the markets with transactions down by 60% and values by at least 35%.

The problems in this sector were further exacerbated last year by the uncertainty of Brexit and the possibility of a vindictive Marxist-inspired Labour Party, led by Mr. Corbyn, gaining the reins of power.

Following on from Boris Johnson’s landslide election and the instigation of the first tranche of Brexit at the end of January, sentiments started to lift and activity in the industry picked up by at least 25%, in certain parts of the market.

After 6 years of gradual decline towards the abyss, this was the equivalent of taking off tight shoes on a hot summer’s day. Despair to elation in a matter of hours.

Then, in March, with plentiful cheap deals on mortgages, the scene was set fair for a possible amendment to Stamp Duty in Mr. Sunak’s first Budget, but hopes were dashed when he imposed a further SDLT surcharge for international buyers in 2021.

Then the ‘Black Plague’ descended on this market, pouring sand into the machinery, which has now culminated in the latest government’s decree that outlaws estate agents from making appointments for applicants to view homes for sale.

In addition, the government is also trying to advise sellers and buyers to try and change the date for completion of sales already taking place, to avoid social interaction with the viral problem. A laudable aim in principle, but good luck with its execution.

Residential property market at a stand-still

All these measures may be well intentioned, but I hope the Prime Minister and Chancellor understand that the Residential Property Market will be at a stand-still when we get over this pandemic problem and they will need a very big stimulus to get it going again and radical reform of the Stamp Duty issue will not be a ‘nice to have’, it will be mandatory.

Undoubtedly, unemployment, which was at a historic low, will soon be 10%, the UK growth is extinguishing as we speak in favour of a recession and after the sugar-rush of the massive amount of quantitative easing, stimulants for the economy will be very important to induce a recovery, particularly now that the interest rates cannot be lowered from their present unheard of levels.

I hope you are listening Mr. Sunak. I know that you have got a lot on your plate at the moment, but the future success of this nation depends on this, and you have to swallow your political pride and get pragmatic on Stamp Duty.