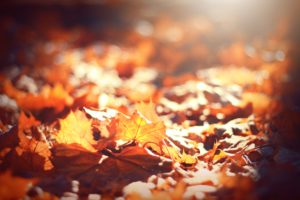 It seems to be a rite of passage that before the ink is dry on the employment contract, every new Chancellor entertains the notion of meddling with private pensions. So I thought it would be useful to look at the fundamental difference between resources invested in your own home or alternatively, in a private pension. Both of these strategies will mean that you can help yourself to the ‘full cream’ retirement package in your autumn years, as opposed to having the skinny latte version.
1. Property
There is no doubt that the average British citizen considers their home as far more than just an assemblage of roof tiles above their heads. It functions as a place of privacy, if not a retreat, a safe bastion for the family and (sometimes) a refuge from the turbulence of the outside world. In later life homeowners can downsize and release capital, using the tax-free cash, to provide a steady income for their lifestyle and perhaps even a donation to kids, to establish their own nests, from the bank of Mum & Dad.

As Mark Twain was famously quoted, “They are not building any more land”.
Since time immemorial, residential property has relentlessly increased over the decades, with only a few years of retrenchment during the recessions, to interrupt the upward gain of values. Proof of this, is the fact that on average, it has risen 34% over the past ten years.

Moreover, institutional agents are predicting that over the next five years, property values will rise in the UK by circa 15%.

Property owners can therefore enjoy the luxury of their own homes every day and although the capital value does increase over time, there is no income to be derived from this.

As long as it is your personal private residence (PPR), there’s no Capital Gains Tax when you sell. We can only hope that the Chancellor doesn’t get itchy fingers and start fiddling around with this.

A sensible strategy over the long term is to borrow as much by way of a mortgage as you can reasonably afford, especially as the outlook for interest/mortgage rates is low for the foreseeable future.

As values rise, the mortgage debt shrinks in relation to the equity and provided you can service the mortgage, this is a sustainable, long-term arrangement for the future.

When you die, the equity after tax (if relevant), will be a handsome windfall for your spouse and possibly also, the surviving members of the family. This is why it is preferable to own property instead of renting, where the capital would pass to the landlords and no one is crying out for them.

Therefore, a residential property can be described as both a quasi-pension and forced saving scheme, quite apart from a home.

2. Buy-to-Let
Buy-to-let properties are definitely a very specific investment in the residential market. They produce an income which can service the mortgage, but after the tax changes, set in-place by the former Chancellor, they are less lucrative than they were hitherto. Where there is capital growth, it is enjoyed by the investor although it will be affected by the prevailing capital gains tax level. Any surplus income is taxed at the investor’s normal rate.

The downside is that the properties will need updating and maintaining and sometimes, there is a void between tenancies, which is a little frightening when the mortgage payments have to be made.

Historically, these have been excellent investments and have served the participants well, but there is now a 3% Stamp Duty surcharge for this category and if you need to borrow the full tilt amount of leverage, you could find this investment option not one for you, for the future.

3. Pensions
Successive Chancellors have been chipping away at the tax benefits offered by private pensions over the years. Before 1987, you could invest pretty well whatever you wanted, as a percentage of your salary, at the highest tax rates. Although this was reduced over time by a cap, the total size of the pension was never an issue.

Gordon Brown’s £100 billion pension attack, eliminated the tax dividend from the pension companies. Not only did this restrict their growth, but it held the FTSE back for five years and caused ructions in the capital markets. The reason why there are omni-present, corporate pension scheme deficits, is due to this, made worse by the guaranteed final salary arrangements, which were enshrined in older pension schemes.

Over time, tax-free payments into pension schemes have been consistently reduced; perhaps more importantly, the total value of the pension pot has been capped at increasingly lower levels, particularly over the last five years. No surprise then that the pension owner loses out, while the government saves money.

It is to be hoped, in the next Budget, that sanity prevails and that the Chancellor resists the temptation to reduce the tax benefit from 40% to 20%. I suppose the very last resort for any government, which undoubtedly will produce howls of anguish from the middle classes, is to change the fiscal dynamics of pension payments from ‘no tax in and taxed out’ to ‘taxed in and no tax out’. No doubt, were this ever to be implemented, the middle-income electorate will seek retribution at the next Election.

At first glance, this may not seem such a big change, but to a government who will benefit from tax receipts 30-40 years sooner than would otherwise be the case, it’s a very big, multi-billion Pound, windfall.

The pensions would still grow tax-free over time, but the withdrawals at retirement age would also be tax free, which is not the case at the moment.

Those of a certain (young) vintage will be tremulous that novice Chancellor Sunak is in charge of the lock to the piggy bank. Also, the present 25% tax-free pension withdrawal facility, for the over 55s, could be at risk after his maiden Budget on March 11, 2020. Whatever dirty washing is still left hanging out, this can always be dealt with by him later on in the year, in the autumn Budget.

Pensions are restricted from investing in residential property, although there is much greater freedom nowadays for the over-75s, than has previously been the case.

You can’t live in your pension (as you can in your home) and what’s more, you cannot draw income from it until you are at least 55. The funds are invested in a mixture of equities, bonds, gilts, cash/commodities (the yield/risk profile varies according to choice), which are dependent on the ebb and flow of global markets.

It would be very unfortunate if you needed to withdraw the 25% tax-free lump sum payment, when the markets and the pension value, were at a low point in the cycle.

Conclusion
Personally, I would invest as much money as I could in my own home, whether this be by way of cash and/or mortgage and as long as capital gains remains tax free, it is a unique facility over any other form of investment.

Rather than paying excessive Stamp Duty and giving yet more of your hard-earned cash to an undeserving Treasury, why not shelve the plans to move and instead improve the size and condition of your property as much as possible? This includes; extending the loft, creating a basement (all subject to planning) and you should build as ambitiously as you can, by way of ground/first floor extensions. Not only will you enhance the luxury of your property but you will also reap a greater benefit, for yourself, when you sell.

At the rate that we’re going, it does appear that, for the foreseeable future, the value of residential property is only going one way over time. This makes it a reasonably safe and wise investment to shape the families future, if not control its destiny.

If you are fortunate enough, investments in pensions and property should not be mutually exclusive and if possible, you should spread the risk as widely as you can.

On balance, when it finally comes down to it and if you had to choose, I think the residential property market will always win!