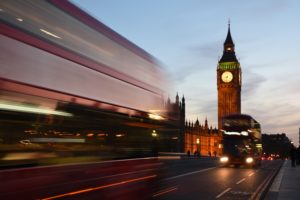 Secretary of State for Housing, Robert Jenrick, (yet another one through the revolving door of the department) wants to try and cure the ailing housing market, which only built 220,000 homes last year, which is still woefully short of the optimal number of about 300,000 per annum. The intention is to return to the halcyon days of the 1960s, hopefully without the urban blight of those miserable tower blocks.

A new guide for councils has been established which includes design control. The emphasis is on ‘leafy and green’, elevating quality over quantity. Presumably, this will avert the aesthetic pollution which happens when thousands of cheap’n’nasty, little boxes are spewed onto a green space with no infrastructure or forethought.

The government will fund affordable homes via the twin strategies of more spending and lifting the borrowing cap for local councils.

One great advancement for residential development is that homeowners will be able to use permitted development rights to build up to two storeys on top of detached houses. The same facility could also be utilised for small extensions and loft conversions.

Whilst homeowners will still need to comply with building regulations, difficult neighbours and/or Nimbys (Not In My back Yard), the bane of many a worthy scheme, will not have a formal route to object. Phew and what a relief that would be!

This streamlining of planning and development will inevitably stimulate more construction, which has been moribund of late. All this contributes to the important post-Brexit economic growth spurt of an independent and thriving UK plc.

A major stumbling block for new homes in the countryside has been the hidebound, Neanderthal practices that operate in the property development departments of local councils. If these innovative reforms are implemented, it will breathe fresh air through these stale and musty corridors of local government.

For example, under Mrs. Thatcher’s reign in the go-for-it 80s, we were building 300,000 homes per annum. Likewise, planning departments had a ‘can do’ default attitude.  In those days, when a developer turned up at the council offices for a planning meeting, the officers themselves pointed out how much more could be built on a particular site. In some cases, this was much to the surprise of the developers themselves.  Over the years this has ossified into a ‘can’t do’ environment, where local ‘ishoos’ and a timorous attitude curtail the scope of any planning application, standing like a jackboot on the throat of the housing supply.

The Cameron era was distinguished by its outstanding mediocrity – however, even a blind pig procures a truffle occasionally and permitted development rights was a brilliant and effective innovation. Developers were allowed to convert rundown office buildings into residential homes without the customary meddling of local councils.  It was simple and effective and they should be applauded for this novel solution to the problem.

It is a truth universally acknowledged, that there will always be a rental market. However, the sooner that more of the populace joins the ‘property-owning democracy’ by swapping their rent commitments for mortgage payments, the better. Then as prices rise, equity expands in relation to debt.

Help-to-Buy has been a lifeline for those who cannot afford a deposit. For once, the government deserves a pat on the back for extending the deadline of this important scheme.

If government takes the initiative and drives all these processes forward, we will have a new crop of fresh-faced and happy property owners, reveling in the feeling that ‘there’s no place like home’.

Compare this to Comrade McDonnell’s ‘diktat style housing reforms’. These will precipitate a toxic and corrosive mess of rent controls, compulsory purchase orders, spare room tax, wealth tax and expunging of non-doms, which in combination will cause an overnight exodus of wealth creators fleeing from the UK, followed closely by a catastrophic melt down of the capital and property markets.

While there maybe Proseccos all round for first-time buyers, since prices will be cheap, existing homeowners will be staring at a depressing wall of negative equity. The market will hit the deck faster than an unlocked lead chastity belt, dwarfing any minor neuroses that we may be harbouring over Brexit and all its ramifications.

Just maybe, the constant cacophony of the parlous state of the housing market has finally reached receptive ears. We have to trust that the new boy at Number 10 is more than just a blonde ‘Captain Windbag’ and that he manages to bring Brexit to completion. Then the new Tory administration can steam through the Election and release a tub-thumping, radical budget which would put these much-needed proposals into action.