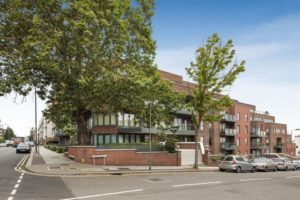 Despite the political turmoil swirling, there is now an acute shortage of residential property in some sectors. Could we be on the cusp of a rising market?

Here is a man who bites a dog story. With all the political gyrations going on at the moment, could the residential property market be on the cusp of an upward swing?

The truth is that the Residential Property Market, certainly above £1million, has fallen in value, by at least 35% over the last five years. This can be attributed to a fetid concoction of Stamp Duty hikes, the Referendum, Non-Dom tax changes and the fall-out from Brexit. You choose!

Transactions are down by 60% and up until the New Year, estate agents were complaining about the lack of activity, dearth of deals and the general reluctance of purchasers to make a commitment.

Meanwhile, astute buyers indulged in extended ‘wall sitting’, as the Brexit negotiations ricocheted back and forth, without hitting a target.

If you were in cash and temporarily renting a property, there was little incentive to commit to a purchase, since it looked as if market values were falling from under your feet. We described this as ‘catching a falling knife’ and it’s not something you would want to try at home.

Following the correction in the equity markets, in the autumn of last year, only the most steadfast of purchasers continued to commit themselves whilst the less courageous, choice to do nothing.

This bad news was exacerbated in the first quarter of this year, when Prime Minister May tried to push the Brexit deal through the Commons and was humiliated three times (the metaphor ‘pushing water up a hill’ springs to mind).

Whilst all this melodrama was going on, the uber-buffoon Mark Carney (who pretends to be the Governor of the Bank of England) who is in charge of the National Piggy Bank, last year predicted higher inflation and threatened to increase interest rates to bear down on this.

There is also the catastrophic spectre of a neo-Marxist, Corbyn-led government looming over us like a mushroom cloud, which cannot be ignored. In their desire to turn us into another Venezuela (the bankrupt version, that is) prospective Labour policies will include higher mansion, wealth, capital gains, corporation taxes and death duties, quite apart from the possibility of exchange controls to stem the outflows of capital from the UK and the run on the Pound, which is the likely result.

‘Word on the street’

You would have thought that this would be a precursor to a full-on property crash, with massive stock overhangs and plummeting values. I have to tell you the ‘word on the street’ is the opposite.

The chattering classes, i.e. the cognoscenti amongst estate agents, is that the number of potential buyers has increased by 50% whilst the supply of property, has reduced by the same amount. Let me tell you, that it doesn’t take Warren Buffet to work out that when you have pent-up demand and a shortage of supply, the outcome will be higher values.

My view is that this applies to the market between £1–3million range. I don’t believe that it will spread yet to the market above £5million and £10million, since there is still an excess of supply and limited demand in this sector, although the stock in Central London is still drying up.

Could we be on the cusp of a changing market?

All this tells us is that we could be on the cusp of a changing market, where the power of negotiation transfers from the purchaser to the seller, for the first time in five years.

Admittedly, Corbyn’s demented tax rhetoric will, undoubtedly, rattle the cages of the middle/upper middle classes, but this will only start having a meaningful effect in the foreplay before the next General Election in 2022.

I think a deal with Europe could be done sooner than we think and certainly before the October deadline. This could lead to a two-year Brexit bounce, bringing stability to the markets where they will possibly start to rise gently.

Let us hope and pray that Trump’s tax stimulus for the USA and their capital markets continues to bear fruit. A correction in the US market would also affect UK sentiments, as well as the FTSE Index.

The past four years have witnessed a steady decline in property values. It could be that amongst the Great British ‘property-owning democracy’, there is a feeling that prices have fallen sufficiently and maybe it is a time for some inflation in values.

The truth is that inflation is still under control, even though private/public sector wages have been rising considerably of late. Therefore interest rates will be kept steady for the foreseeable future, which is good for mortgage rates and property alike.

Technically, there should be nothing in the way of a rise in values. If this turns out to be the case, debt will shrink in relation to equity, which is guaranteed to put a smile on property owners’ faces.

Although a week is a long time in politics, if Mr. Hammond is still in Number 11 for the Autumn Budget, it would be an opportune time for him to undo the sluice gates of the Treasury coffers and encourage some government spending. This will stoke up the economy at a vital post-Brexit time for the UK. Chief Secretary to the Treasury, Liz Truss, has stated that she would revise the Stamp Duty rates, which would benefit residential property in this country. Let us hope that, unlike most in Westminster, she sticks to her word.