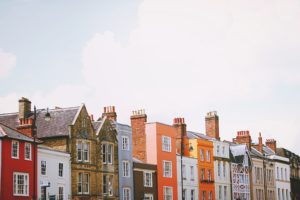 It’s always gratifying to see one’s ideas vindicated in reality – a kind of benign schadenfreude, if you like. This week, Sajid Javid mooted that he could switch Stamp Duty (SDLT) from buyers to sellers, which is a version of what I have been advocating for a number of years, particularly if the rate is significantly lowered.

Clearly, there is an intention of the new Tory regime to end the stagnation and distortion of the Residential Property Market, which was instigated by the witless former Chancellor George Osborne and his Stamp Duty escalator ‘reforms’ in the Autumn Budget of 2014.

Osborne’s strategy (probably scribbled on the back of a chewing-gum wrapper) tried to re-model the ‘slab-sided’ former system by removing buyers at the lower end out of the SDLT net altogether, whilst at the same time clobbering potential buyers of property over £900,000. If they had the temerity to own more than one property, they were hammered again with a thumping surcharge. So much for the property-owning UK democracy and this certainly sowed the seeds of recession in the market.

It was a foolish, uncollegial and arrogant plan. It was meant to pay for itself and be a nice ‘little earner’ for HMRC, but instead, induced a DIY recession across the Capital and beyond, dragging prices down by 35% and transaction numbers down, by 60%. As if this were not enough, recent reports from the Treasury Receipts have demonstrated that these reforms are costing over £1billion per annum and how many hospitals and schools would this buy us?

Not surprisingly, UK development companies have seen the economic writing on the wall and are retreating from the Capital, quashing the opportunity to build much-needed affordable housing. You can just count the nanoseconds before someone in the ‘peanut gallery’ starts squealing about the broken UK ‘housing market’. Perhaps they should make the effort to analyse the reasons why there is a shortfall of around 100,000 to 150,000 homes built per annum in this country.

By the look of things, the new Chancellor may even switch the tax burden entirely from buyer to seller, however, as is always the case, the devil is in the detail.

For example, if a house owner has a 70% mortgage, on a £2m property (which doesn’t buy a lot in the capital) technically, they own net 30% of the equity. If, however, the Stamp Duty liability changes, then the owner’s net equity could drop from 30% to say, 21%, which will alter the loan-to-value ratio, as far as the mortgage lender is concerned. This means that the owner may have to stump up some cash, to pay back some of the loan in order to maintain the 70/30 ratio of lending for the mortgagor. Can you just hear the howls of derision?

The problem with this new arrangement is, that if Stamp Duty rates are kept at the present levels, the seller may see this liability as enough reason not to put their property on the market, and therefore, crystallise the tax, and would not help the liquidity of supply.

Yes, buyers who have been relieved from this liability will have a new spring in their step, but since there will be very few properties around to buy, it could drive prices northwards, which is not the purpose of the exercise.

When you impose these high rates of transaction taxes, as they did in Singapore, you drive prices and liquidity down and this has a contagious effect on retail spending, which impacts the growth of the UK consumer-led economy.

Less is more, from a tax point of view

As the famous American economist, Arthur Laffer, would say, “Less is more, from a tax point of view.” The rates of Stamp Duty need to be reduced in order to encourage positive sentiments, particularly at this vulnerable time as we traverse a potential constitutional crisis, which is looming in the next six weeks.

With the existing system in place, potential purchasers facing a 15% liability in some cases, shrug their shoulders and realise it’s not worth the upheaval. Many of them choose to remain in their existing property and refurbish it. This is why any sales that take place today, are from committed ‘have-to’ buyers and not the fair-weather ones, who have gone away.

Alternatively, some buyers will transmogrify into uber-tenants, by renting instead of buying and of course, this denies the Treasury valuable receipts.