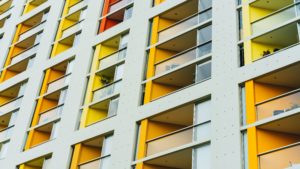 As the presence of a cowpat on a pasture, indicates that there has been a bovine presence, here we have one more reason (as if we need another) to fear the ravages of a Labour Party gaining power at the next Election.

Permitted Development Rights (PDR), brought in by David Cameron’s pseudo-Tory government, was the ‘boil-in-the-bag’ solution to the lack of residential housing, particularly in the Capital.

While we have an excess of ramshackle office buildings, the supply of new homes was being constrained by a glacial planning process and the reluctance of conservationists to release more green and brown field sites for development.

Instead of the tortuous and labyrinthine process normally associated with gaining planning, Permitted Development Rights allowed developers to short-circuit this chicane, by converting certain office buildings into residential units. Quick and to the point, it managed to side step the finger-wagging, intrusive meddling of the local councils who, paradoxically, seem hell-bent on obstructing the supply of new housing.

In certain parts of the UK, PDR provided a vital source of new homes, which is the main plank of the present Tory administration’s vain attempt to repair the UK’s festering housing problem.

Although we are presently building circa 200,000 new homes per annum, we need over 300,000 to get anywhere near satisfying the demand.

Lest we forget, during Margaret Thatcher’s reforming years, we built 300,000 new homes per annum. When indexed forward to take account of the bulging population in the Capital and elsewhere, this was an extraordinary record.

Cameron was very proud of his Boy Scout attempts to cut red tape in many parts of government. This was an obvious initiative which could have provided him with a shiny trophy for his mantlepiece.

It is hardly surprising then, that the beardy resentful loons of the Labour Party, are over-concerned that many left-wing councils consider PDR an erosion of their autocracy and power base. Absurd as it sounds, they are now blaming PDR for the lack of affordable homes.

You can see why they lust after big government. This centralising of power will mean that the smelly, class-driven rabble will have full control of all local and UK-wide processes. The outrageous cost of this socialistic obsession will be lost in a sea of government borrowings. But it’s okay, since this folie de grandeur will be a generous gift of steaming dog-poop, for the next generation.

Whilst the present excuse-for-a-government appears to be towing the QE2 through a sea of treacle in trying to negotiate Brexit through the anarchic Commons, radical reform of the planning process, actually crops up in the much-emasculated Queen’s Speech, which sets out government policy.

The Law of Unintended Consequences

The Law of Unintended Consequences, which seems to make a regular appearance on the country’s political stage, shows that the PDR initiative may have been too successful, since it has gobbled-up the supply of office space in some areas. This has served to underpin, if not inflate, rents upwards, which may be a bean-feast for commercial property investment companies, but is an additional burden on the business sector. With retail spending under pressure and High Street trade in the decline, to be honest, this may not be the most helpful repercussion.

Planning officers and local councilors – never the most dynamic of characters – revel in their position of petty dictatorship. Their politically motivated planning decisions have led to a constrained supply of new homes. As always with socialist-driven ideologies, the first to suffer are the most vulnerable groups who are desperate to clamber onto the residential property ladder, from the rental sector.

The hapless former Chancellor, fiscally set about the residential property market like a drunken chimpanzee with a crystal vase. His risible Stamp Duty initiatives manifested a DIY recession ahead of the normal economic cycle. Liquidity (or rather stagnation) of sales in some areas has been a major casualty of these imprudent tax changes. Hence the mass exodus of nationwide developers from the Capital, driven by the decaying pile of unsold developments and often accompanied by precipitated losses.

Affordable housing in the Capital and elsewhere in the UK, will be a handbags (at dawn) issue in the next Election. However, if you are a kale-brained millennial, you’ll know nothing about the 1970s, other than flared trousers and long sideburns.

The reality was an economic disaster, thanks to a militant Labour government, with their sycophantic Unions in tow, which inflicted a three-day week, power blackouts and the IMF crisis.

So if you are a gooey-eyed, wet-behind-the-ears Labour Party supporter and you think they will hand you benefits that you don’t deserve – in the interests of ‘fairness for all’- beware of what you wish for!